Red/Blue to Sun/Moon: A Ranked List of each Pokemon Generation 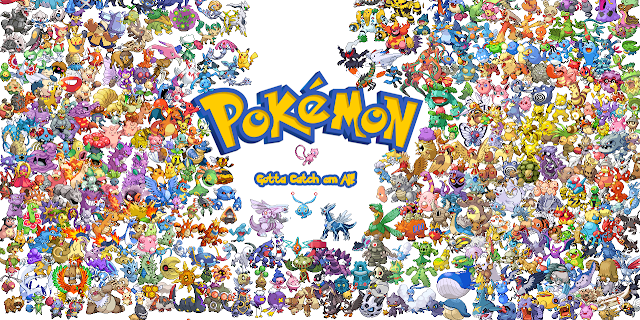 In 2016, the Pokemon Company celebrated its 20 year anniversary. Of those 20 years, I've been a fan of the franchise for about 17. As early as I can remember, Pokemon has been a part of my life. I've had every Nintendo handheld system since the Gameboy Color and to this day I can recite nearly every Pokemon by name and its evolutions. I'm a major fan to say the least.

Sun and Moon may not be the newest game on the market, but I thought it may be fun to use my knowledge and experience with the Pokemon series to create a ranked list to see where it stands among past games. In this list I will be taking many different aspects into account including storyline, game setting, pokemon design and overall lasting impressions. I would like to note, that I will only be doing the original versions of each generation in this review (I will not list Omega Ruby/Alpha Sapphire, HeartGold/SoulSilver, Black 2/White 2 and so on). Also please remember- I'm not here to necessarily give you a regurgitated list of the typical ranking of the Pokemon games, this is my own personal list. So without further ado, lets dive in!

For most, this generation of games probably ranks pretty highly. I however, have never been a huge fan of the Black and White games. I barely remember any of the storyline itself and that alone signals to me that I was never deeply engrossed into the game. From what I do remember, it seemed very run of the mill, a bit easy, and we won't even talk about how awful some of the Pokemon designs were (I'm looking at you Trubbish and Vanillite).

Diamond and Pearl had some really neat-o factors to it. As the first major title on the Nintendo DS, Diamond and Pearl had touch screen factors integrated which made it easier to navigate certain menus. Graphically, this was the first game that experimented with a 3D look (please note that I don't mean 100% full 3D here). The reason it ranks so low is similar to the above entry, it just wasn't that memorable for me. The landscape is relatively uninspiring and seems to be just a multitude of mountains. It fails to stand out when compared to games near the top of this list.

X and Y were the first entries in the Pokemon series to have full fledged 3D functionality. It had an expansive world and provided me with endless hours of gameplay. Mega evolution gave the game a new twist, and even made some older Pokemon new again. Overall it was a wonderful game, had a decent story and characters, and provided me with enjoyment while exploring the different regions of the map. 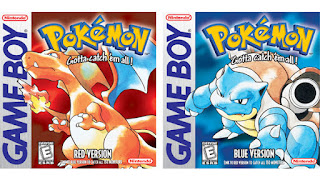 To put it simply, these games are where it all began. Every Pokemon fan has more than likely played through Red and Blue at least once, and I truly feel that there's a reason why the generation 1 Pokemon continue to make it into new games. They are well designed, each with distinct and simple types/attacks making them easy to recognize for players who are both young and old. The biggest downside to Red and Blue is that they don't hold up well in 2017. They really show their age, and doing something as simple as navigating through the PC is very frustrating.

This is the point where the list begins to get really tough for me to rank in order. The hype for Pokemon Sun and Moon was off the charts, and this generation was the fist time in a long time that I couldn't wait to get my hands on a game. Generation 7 mixed things up, getting rid of gyms and HMs entirely, and that alone will make it very memorable. There is a bit of post game material to delve into concerning the Ultra Beasts and unlike most of the newer generation Pokemon designs, I really did like most of the new Pokemon in Sun and Moon. Rowlett even earned it's place as #1 on my list of favorite starters and that says a lot coming from someone who always typically picks water types. That discussion however is an entire other list on its own. Time to move on! 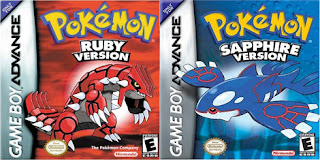 Many people dislike generation 3, saying that there is too much water and not enough land to explore. I never personally found this frustrating so I can't relate to those feelings. When I think back on the first time I played Ruby and Sapphire, I remember how wonderful it was to see firsthand the major update in graphics from generation 2. I put countless hours into Pokemon contests, the underground, and decorating my secret base. This generation had so much to offer besides the standard Pokemon formula, and I think that's why it will always stand out more in my mind. 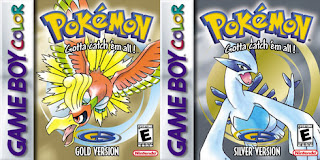 Where do I even begin to explain my love for generation 2? In my opinion, generation 2 has the nostalgia factor of generation 1, except with major upgrades to the games mechanics. The graphics are better, the Pokemon are more complex, and the layout of the world is engrossing and just overall amazing. Gold and Silver are the birthplace of the legendary dogs, two of the most popular Eevee evolutions- Umbreon and Espeon, and even the basic day/night cycle was started in generation 2. This generation has more good things about it than I could possibly list, so just know that Gold and Silver has a very dear place in my heart.