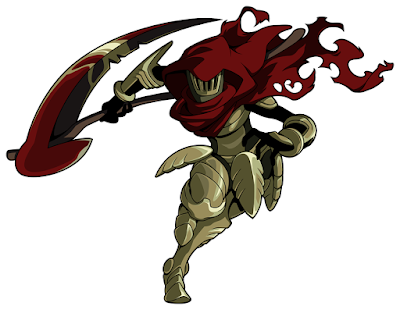 In a recent review, I mentioned how much I loved all the new indie games I was discovering on the Nintendo Switch. I'm here today to talk about another gem I've found in the eStore- Shovel Knight: Specter of Torment.

First off, I'd like to mention that I've never played a Shovel Knight game in my life. I had no idea what the series would be like, what the game was about, or how it worked. I went in entirely blind and I think that's what makes this review a bit special. I have no other Shovel Knight titles to compare Specter of Torment to, I only have my experiences with this single game. 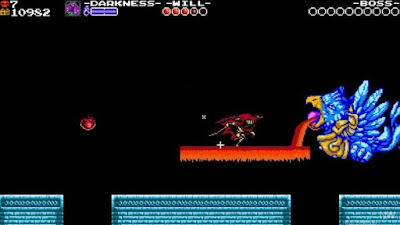 From my understanding, one of the big differences in this title is that instead of playing as the main character Shovel Knight, you play as Specter Knight. During the game play, Specter Knight must navigate a plethora of dangerous situations in order to advance to the boss. After winning each fight, the boss is then recruited to the enchantresses crew to wreak havoc on the world. In exchange for assembling this army, the enchantress promises to return Specter Knight to the world of the living.

I know what you're thinking- so what makes this fun? Specter Knight has the ability to wall climb, slash people with his scythe, and "zip" across the screen using his scythe and lines of flames that appear on different enemies or structures. Using this "zipping" mechanism, you are able to advance through all types of situations while avoiding things such as spikes, pits, or enemies. Climbing the walls and crossing the different terrains is a lot of fun. I'm currently about 6 hours into game play and not once have I been bored.

There is also more to the game than just the main story line and levels. By gathering gems in the game you are able to purchase upgraded suits with different abilities. You can also trade in hidden red skulls for new weapons. These gems and skulls will provide a decent amount of entertainment for anyone who likes to try and 100% complete a game. The upgrades/items also allow you to switch things up every so often and there have even been a couple of occasions where acquiring these new items made "difficult" portions of the game easier. 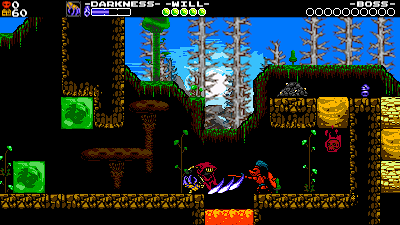 While on the topic of difficulty, this game isn't extremely hard. It's relatively easy to learn the motions, but it is highly dependent on properly timing your jumps. As someone who had never touched a Shovel Knight game before, I beat this game in about 5 hours. Some of that time I spent redoing levels in order to get gems for upgrades. I do plan on eventually trying to find all the hidden red skulls, so there will be some replay value even after I initially finish the game. 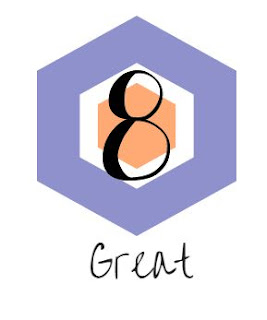 Overall, I'd give Shovel Knight: Specter of Torment a solid 8.0 out of 10. The game would have scored higher if there were more levels and it was a little bit more difficult. Anyone who is super familiar with the mechanics of this series could probably beat the game very quickly and I feel that that is a major drawback. However, this is a very fun game and after purchasing I actually regretted not buying the $24.99 version that included all three Shovel Knight games. Eventually I will most likely splurge and purchase the other edition so that I can see what the other titles in this series has to offer.