Breath of the Wild Armor Sets 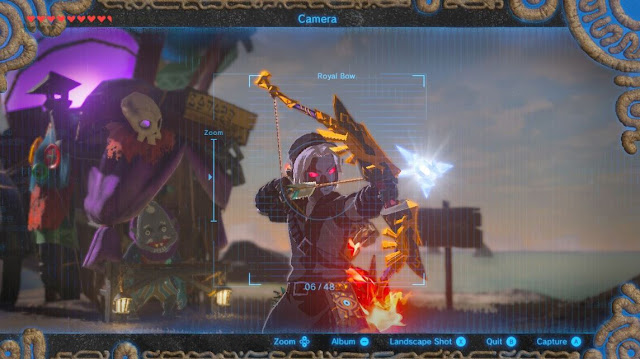 I, like many other people, still find myself sinking massive amounts of time into Breath of the Wild. Even though the game has been out for over a month, it seems as if I'm not even close to running out of things to do. With 55+ hours of game-play committed, I'm now on a mission to collect as many different sets of armor as possible. I'm not near finished when it comes to collecting, however these are the sets I've discovered so far!

While this armor doesn't have any special set bonuses, it was the first standard set I purchased after starting the game. It comes with 3 defense, and looks pretty cool as well.

From the time Breath of the Wild was released, this standard blue outfit is the one we all came to recognize. I was actually quite surprised that the game didn't start with Link wearing this armor, and I even managed to miss it completely before I went to defeat Ganon. Let's just say that it is worthwhile to find and restore Zelda's memories before end game (for more reason than one).

I find myself using this armor set quite often. The Zora armor will increase your swimming speed, and will cause you to use less stamina while dashing in water. The helm alone grants you the ability to swim up waterfalls.

This set looks a bit ridiculous, but it sure does have a good perk. The Barbarian set can be collected by completing three different "maze shrines" located throughout Hyrule. When worn together you receive an attack up bonus which can be helpful for battling more powerful enemies. This is the armor set I worn into my first fight with Ganon!

I actually haven't bought this armor yet, but I know it's there for whenever I feel like spending a chunk of my rupees. The Stealth set is located in Karkariko village and is the second armor set available to you at the start along with the Hylian armor. The Stealth armor set grants the wearer more stealth, and at night you will have increased movement speed.

This armor set isn't very flashy, but it will keep you warm. Wearing all three pieces of the Snowquill armor will earn the player full freeze resistance, which is handy for when you're trekking through the tall snowy mountains of Hyrule.

Before Breath of the Wild, I didn't know that cross-dressing Link was a thing I would ever need or want, but this outfit does just that. The Gerudo outfit is used to enter Gerduo town along with granting heat resistance in the Gerudo desert.

This is my absolute favorite armor set that I've found so far. This armor set can be purchased from Kilton's Monster Shop after completing a side-quest and unlocking all four divine beasts. When worn in full the Dark Link armor increases your movement speed at night. The Stealth armor does in fact grant the exact same perk, and the Dark Link armor can't be upgraded at the fairy fountains, but that doesn't stop it from looking amazing.


This is far from a complete list of all the armor sets in Breath of the Wild, but these are the ones I've managed to find so far. I'll try my best to come back and update this list as I find more! If you've found any cool sets that aren't on this list, send a message or leave a comment so I can go hunt it down in my own game!