Call of Duty WWII: What We Currently Know

The Call of Duty franchise never fails to impress with it's immersive storylines and cutting edge gameplay. As of late, the series has taken a turn towards the more futuristic side, causing some long time fans to become disgruntled as its strayed further and further from it's traditional boots on the ground roots.  Judging from recent news, it looks like fans are finally going to get what they want with the upcoming installment Call of Duty WWII.

The release date for the upcoming title along with a few awesome details were released in a live reveal earlier today. If you would like to see the reveal in it's entirety, you can check it out here, but definitely be sure to check out the game trailer posted below. In the meantime, we're going to recap the highlights of what we know, and will do our best to post updates as we learn more.

Call of Duty WWII will be releasing on November 3rd, 2017 for PS4, XBone and PC. There have been rumors that the game will be revealed for the Nintendo Switch at E3, however there are no confirmed sources for this information.

There will be an early access beta for all who preorder. Judging by an earlier tweet from PlayStation, it also appears as if this access will be available to PS4 users first. 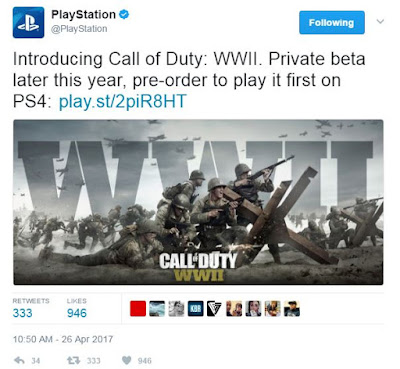 It is anticipated that the normal version of the game will run players at the standard $60 price. There have been leaks showing Gamestop promotional materials regarding a $100 Pro Edition that will come with the game, a steelbook case, season pass and additional bonus content. 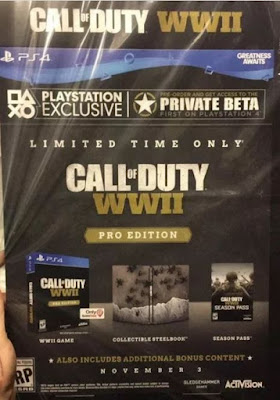 The single player campaign mode will tell the story of U.S. Army private Ronald "Red" Daniels and his comrades of the U.S. 1st Infantry Division. The game follows the groups journey through WWII's European Theater during 1944-1945. Call of Duty WWII will feature famous locations such as the beaches of Normandy, the Battle of the Bulge and other famous WWII battles. 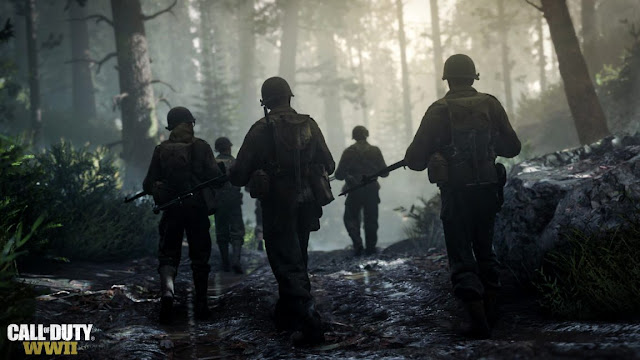 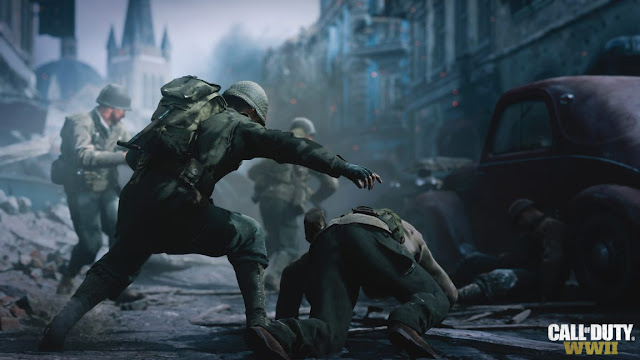 It is to be expected that traditional multiplayer modes will be present in this game, along with a new "war mode" featuring a massive battleground where a large group of players can play against one another. Players will also be able to choose a division such as "infantry" or "armored".

During the live reveal, viewers were provided with a very short clip previewing a new social space where players can interact with one another. A video of the player hub preview is available below. Similar hubs have been seen before in games such as Destiny.

The only current information regarding zombies for Call of Duty WWII is that players will have to defend themselves against nazi-zombies. When describing the details of this Call of Duty WWII, studio heads actually referred to it as a "horror game". The hyper-realistic screenshot that was given to viewers seems to solidify this description. 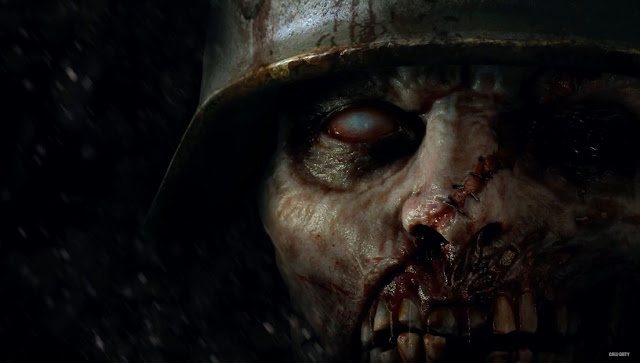 Did we miss something that you feel should be added to this page? Comment below or shoot us an email. We are just as excited about this game as you and want to have as many details as possible.