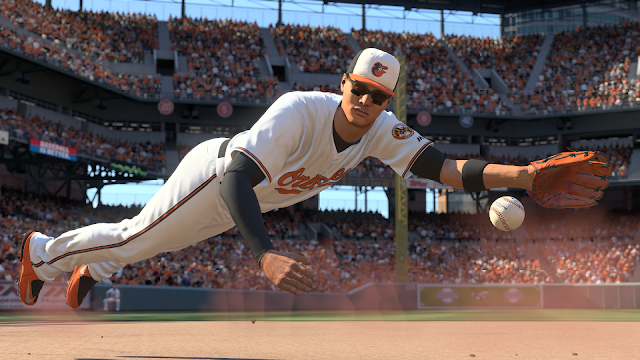 Ahhh, baseball season, the smell of the fresh cut grass, hot dogs, peanuts, a cold beer at the ballpark, and The Reds are in last place, all is balanced in the world. With the new season comes the new addition of MLB The Show, the game that brings almost all the realism of Major League Baseball to your living room. Realism is what this game does best year in and year out and this year is no exception. 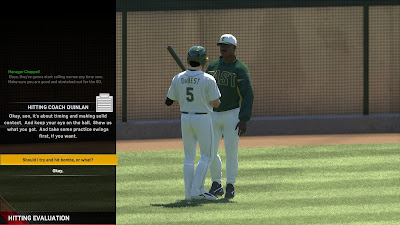 The focus The Show puts on making the game experience as real as possible is what keeps people coming back year after year.  From the way players look when they run out onto the field all the way to the way the ball sounds when the ball hits a bat or the back of a fielder’s glove, this game get it right. What it also gets right is the presentation, making the game feel like you are sitting in your living room watching a TV broadcast of the game also adds to the realistic feel, in a “sitting on your couch eating chips from a bag” kind of way.  The announcers are on point with their analysis of what you are doing during a game as well as reacting to the action when something of importance happens during play. It may get repetitive sometimes from game to game but there is only so much audio you can record for a 9 inning baseball game so it isn’t that too detrimental.

The Show comes four main modes; The Road to The Show, Diamond Dynasty, Franchise Mode, and the brand new (but not new) Retro Mode.

On top of the realism aspect of The Show, Road to The Show is what people play this game for. The fact that you can create a player to look as much like yourself as possible and take him through the ranks from AA all the way to The Show is always a satisfying experience. New this year with Road to the Show is a whole documentary presentation that follows you through your journey to the major league. This a neat and unique aspect that is very cool when you start the road but once again gets very repetitive if as you play game after game. Other than that small criticism it is a very cool concept and on top of the already solid Road to The Show, this is a must play mode. 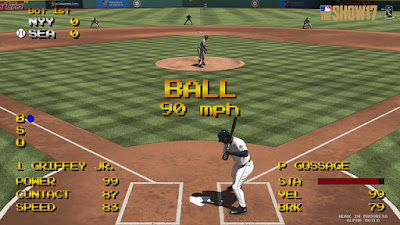 Another mode that I want to hit on is the Retro Mode; to be honest this mode is what sold me on this year’s game. This mode is mainly put in the game for nostalgia purposes and I’m a nostalgia gamer, so I loved it. If you have ever played Ken Griffey Jr. presents Major League Baseball on the SNES you know exactly what to expect. This is a simplified version on the game that you can even play in 8-bit mode. It’s pretty awesome and great for you to play and reminisce with a group of friends.

Overall, this is another great game in the series, which was to be expected. The realism of the game is what keeps people coming back year after year and will keep them coming back in years to come. This is a great game for baseball lovers and the inclusion of Retro Mode it gives you some great nostalgia as well. 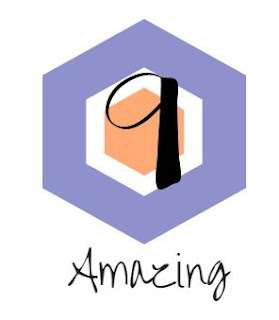