The Elder Scrolls: Oblivion- Is it Worth your Money 11 Years Later? 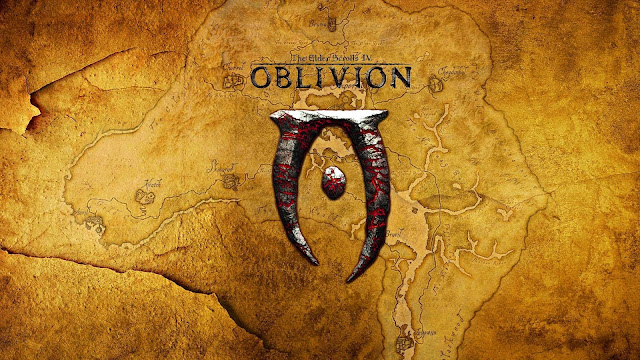 Daggerfall, Morrowind, Oblivion, or Skyrim? People could debate for hours over which is the better game in the series but today, we are here to discuss something a bit different- is Oblivion worth your money 11 years post release?

I personally am a bit of what you might consider a "new" fan to the Elder Scrolls. I first got into the series in 2011 when Skyrim released. Fast forward 6 years later and I've manged to purchase Skyrim on every platform I own and play through the entire game 6 times with all of my saves totaling just over 500 hours. In the very least, I've earned my badge of honor as a Skrim fanatic.

After a recent browse through Steam, I happened across the Oblivion Game of the Year Edition for $14.99 (the deluxe version is also available for $19.99). I had played through Skyrim so many times, but had never even seen a moment of Oblivion and that just felt wrong. Despite being a bit apprehensive due to the age of the game, I decided to take the plunge.

If you haven't figured it out by now, I'm here to talk about whether or not Oblivion is worth picking up for the first time in 2017. Of course I anticipate that those of you who were playing the game back in 2006 to say yes in an instant due to the nostalgia factor- and that's okay! We all have those games that we have grown to love and can play over and over again. But what about someone who has NEVER played it? Does the game age well? Is it worth your $14.99? 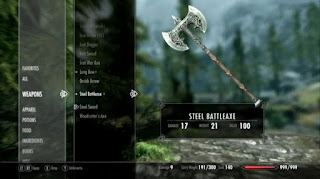 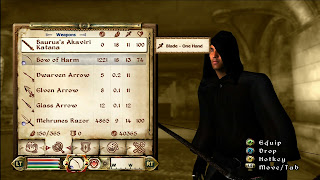 Most of you would probably anticipate that I would immediately start out by doing a graphic comparison. And you would be wrong (that does come later though)! As soon as I started Oblivion for the first time there was one negative aspect that really stuck out to me. The bag menu in Oblivion is simply awful. It's clunky, it doesn't have a logical navigation, and I overall just hate it. In Skyrim I was always able to locate my items easily, but the first time I played Oblivion it took me a good 25 minutes before I even knew where my quests were. That was my first (and really one of my only) huge disappointments with the game. In 2017, if you were playing this for the first time I would highly recommend that you download a mod to make the bag more user friendly. You'll thank me later. 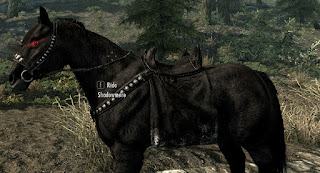 I've played through the storyline of Skyrim so many times I could pratically do it while asleep. You discover you're the dragonborn, go to the greybeards, become informed that you must stop Alduin, and then you get the elder scroll and do just that. While this storyline is fun, I've found that it really does not compare in the slightest to the storyline of Oblivion.

In Oblivion, you start out as a prisoner and meet Emperor Uriel Septim VII. On your journey through the underground prison, the emperor is killed. With the emperor gone and no known heir to the throne, an ancient covenant is broken and multiple gates to "Oblivion" open, releasing Daedra to wreck havoc upon Cyrodil. I won't go into much more detail than that, because doing so would spoil the game. 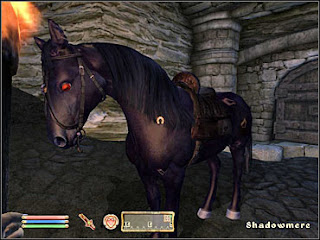 In Skyrim the story seems very linear and predictable (remember, I love Skyrim but I'm willing to admit this). That's not the case in Oblivion! The storyline of Oblivion seems to be more complicated and thought provoking. Right from the start I found myself eager to learn more about what this "oblivion realm" was, and how we could stop it. It is not a straightforward story and I loved it for that reason. It kept me interested and wanting to play more! 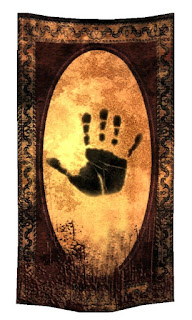 Moving on to the side quests in the games, Oblivion is also a stand-out winner. In Skyrim many of the side quests had a bit of a "MMO feel" and didn't really have much substance. In Oblivion the guilds are deep and complicated. The quests usually come with good storys that will keep you occupied for hours after the main story is completed.

All in all, Oblivion takes the cake by a landslide when it comes to story and quest content.

You probably didn't see this comparison coming. For some people, this may not amount to much, but I for one really pay attention to the music in a game. Music, when done correctly, has the ability to instantly send you into a world with a few notes or riffs. If you don't know what I'm talking about, think about the Lord of the Rings, which is caked full of memorable scores that are instantly recognizable. In college there were multiple occasions I would play the soundtrack from Fellowship of the Ring to study to since it was just so relaxing and beautiful.

For me, Skyrim has that ability. I can sit for hours on end and play the music from the game. It is the perfect background music and hearing each individual score makes me think of the different areas of the game that the music accompanies. The music isn't just pointless, it in fact helps make the game better. It gives you a sense of being lost in a vast world, that is lonely at times yet also brimming with life and places/people to discover. I tried my hardest to pick just one song for the below video and I couldn't do it. So in case you need a refresher on how great the music in Skyrim is, hit play on the video below, crank up the sound and enjoy yourself.

Oblivion isn't too shabby in the music realm either. Wings of Kynareth is probably one of the most enchanting scores that I've ever heard. It does a perfect job of setting the tone of mystery and determination to help bring peace to the world. However as a whole, Oblivion doesn't have as many wonderful tracks as Skyrim. Both games have really great music, but Skyrim just has more. If you wanted to ignore quantity and look at quality, it would be impossible for me to decide a winner. Long story short, Jeremy Soule is a god of music and if you liked the soundtrack to Skyrim, you'll most likely enjoy Oblivions as well.

It would be impossible to do this article without looking at the graphics. Taking into account that Oblivion is an 11 year old game, it's not really fair to put it up against Skyrim. Instead, I'll show you in my opinion which parts aged-well and those that look very dated. 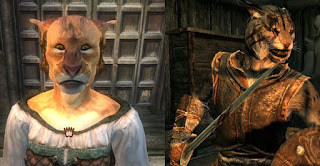 I'll start with the faces, since that's where I believe Oblivion shows its age the most. The faces in Oblivion really lack detail. Most of them are smooth, and each NPC of a different race looks almost identical. Skyrim does a great job in making each person unique, and for that it deserves praise. 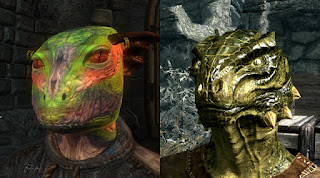 So- what about the landscapes? One of the things that really captivates me with Skyrim is the world. One minute you're in a marshy plain, and the next a snow capped mountain. The water twinkles and the snow glistens. Oblivion's landscape graphics actually surprised me! Of course you don't have the same level of detail when comparing it to Skyrim, but it's definitely not enough to make you feel like the game isn't worth playing. The landscape of Oblivion holds up very well, and you may not notice too much at all if you haven't put too many hours into Skyrim. 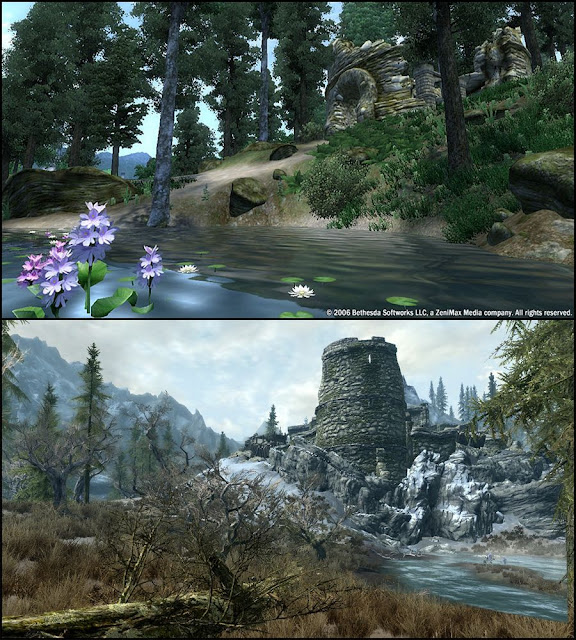 What's the final verdict? I personally feel confident saying that in 2017 Oblivion is 110% worth your money if you loved Skyrim and want to try something similar and new. If you can make it past that horrible bag, there is a lot of content that can and will keep you interested and playing for hours. The storyline of Oblvion pulverizes Skyrim into dust and graphically (with the exception of faces) it's appearance won't hinder your experience in any way. Despite what game you may take up arms for, I think we can all agree that they're both worth trying out at least once.