When the announcement for the Nintendo Switch came in January of this year, ARMS was among the group of games that I, like many others, probably disregarded. A game that's only about arms and punching? There's no way that could be good right? Combine that with the fact that I typically don't enjoy fighting games and things didn't look too good for Arms. Fast forward to today and I'll admit that I did pick up Arms, mostly because of the fact that there is a ramen noodle character, and I have been playing it. If you're here, there's a chance you're probably wondering if you should you do the same.

Arms is a game that is so wacky and tacky, that when you put it all together it just works. The entire concept of the game revolves around your ability to punch others with a slew of different arms available between 10 playable characters. Matches take place on a variety of 3D landscapes which can host anything from a staircase to an actual bowl of ramen itself.

One of the most interesting aspects of Arms is the thumbs up grip. Players are able to punch and have their actions replicated on screen in real time. Using a variety of motions, the player can dodge, jump, block, and of course punch. After playing around with the controls in thumbs-up grip versus the classic controller layout, the game does seem to perform better when using motion controls and it is infinitely more enjoyable.

As simple as the game may sound, it actually is packed full of quick decisions. Each of the 30 choosable arms has different attack, speed, and accuracy. While fighting with an opponent, you will have to make certain decisions regarding your opponents set up, and if certain risky punches are worth the reward.

Arms isn't simply limited to classic matches, there are also a select number of "mini-game" modes available as well. Players are able to play volleyball where you must hit a ball back and forth before it explodes, basketball where you must pick up and dunk your opponent, and various other modes including a four player 2v2 brawl where you are tethered to your opponent with a rope. If you choose not to play online or against a friend, there is an option to compete in a single player "grand-prix" narrated by an adorable and quirky commentator named Biff, however it does get a bit repetitive and the AI is extremely difficult. Playing against a real person offers more variety and is more fair to the user.

Perhaps one of Arms' greatest strengths is its ability to appeal to gamers and those who are less seasoned. Arms is set up to be a great party game, and those who don't find themselves playing games a lot will be able to pick it up and enjoy it quickly. However, the deep strategy and competitive nature is also there for those who play games frequently. Arms really is for everyone!
___________________

So, is Arms worth picking up? The answer to that is a bit complicated. If you enjoy fighting games or want a game that is good entertainment for a party setting, then yes. If you don't think you'll want to dive into the mechanics and learn strategy or play with friends then Arms probably isn't for you. While the AI may be difficult, the online feature hosts a slew of people who are learning the strategy behind the game, and if you aren't prepared to be competitive, you most likely won'y enjoy playing since the matches won't ever go in your favor.

Overall, we would give Arms a 6/10. This game has the potential to be really fun, but it may get old after a while and if you aren't prepared to study and learn the game, online is far too competitive. 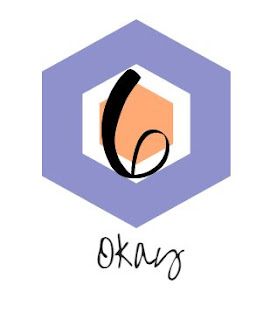